The Cost of Ignoring Your Health 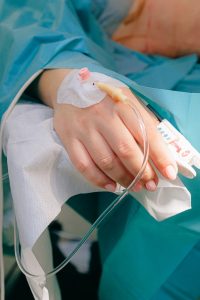 Ignoring your health isn’t just going to make your doctor disappointed in you, but it could potentially subtract years from your life.

If reading that made you mad, it’s ok, I won’t take it personally!

Poor nutrition and lack of exercise is absolutely detrimental and too many people wait until it’s too late to do something about it.

I watched a documentary last night where a woman admitted that she was slowly killing herself, and she went on to say ” but I just LOVE sweet tea and ‘can’t live without’ deep fried ice cream”. Despite warnings from her doctor that her type 2 diabetes was getting worse and her high blood pressure needed to change, she continued down that path until she learned that cancer was growing in her body. THEN she decided it was time to change.

Did you know that poor nutrition is now responsible for more deaths in this country than smoking?!

Some may argue “well Mandy, it’s ‘so expensive’ to eat healthy” or “I can’t afford to workout with a trainer”.

It may seem like eating healthily and committing to exercise is more expensive than fast food/processed foods/junk foods, etc, but in the long run, it’s MUCH more expensive.

According to a Harvard study, our poor diets here in America adds up to about $50 billion dollars in health care costs. These costs are from cardiometabolic diseases, such as heart disease, stroke, and type 2 diabetes.

75% of America’s health care bill every year is comprised of diseases that can be prevented!

Ask yourself this question: “would I rather pay for my health now or later?”

If you invest time, money and energy in your health now, not only will you not have to pay for it later, but you’ll feel better and you’ll enjoy life more!

It is also proven that improving your physical health makes a tremendous impact on your mental health.

If eating unhealthy food seems difficult for you to change, but you want to change, just know that you absolutely have what it takes. It CAN be done.

Even if you don’t think you have a problem with food, habits are really hard to break and can make us really blind to our own struggles.

I’m being vulnerable here by sharing this, but about 8 years ago, I had an addiction to the prescription medication Adderall.

The thing is, I didn’t realize that I had an addiction to it. I thought to myself “I could stop if I really wanted to”, but I didn’t really want to stop taking it. I was being stubborn, even though I knew deep down that it wasn’t good for me. When I finally took ownership and responsibility for the fact that it was bad for my heart and I didn’t need it, that’s when I decided to make a change in my life and never take it again. It wasn’t easy at first, but I am SO glad I made that decision! I have never looked back since.

I think it’s the same thing with food. Speaking from my own personal experience, I didn’t always eat healthily. When I first stopped consuming junk, it was difficult. I had to actually do a little bit of planning ahead and I had to say no to things I would normally say yes to, but now I can’t imagine looking back. I can’t imagine drinking soda or eating McDonald’s now! I don’t know how I ever did it before.

I’m not talking about poor genetics or unfortunate family history with certain things. You can’t control stuff like that. You CAN control what you consume, and whether you’re going to use food as fuel and for energy, or to make excuses and to self indulge.

I believe in you! You DO have what it takes. Dig deep and focus on one day at a time!

Thank you for taking the time to read this!- Mandy Webb, Co-Owner of KW Fitness